If you haven’t guessed yet, TheGuysWhoTravel are also TheGaysWhoTravel. Steven and I are married, while Zak and Mike are currently free agents (applications currently being accepted). Our sexuality doesn’t define all of who we are, and certainly not all of how we travel, but sometimes we will book a vacation that does have more of a gay slant to it.

Pied Piper Travel is a travel agency based in New York that specializes in gay and lesbian cruise bookings. As apposed to companies such as Atlantis which will lease out an entire ship for a cruise, Pied Piper is much smaller. For example, for the cruise that we just took, there were I believe about 65 people booked through Pied Piper on the ship (out of the over 2,000 passengers total).

This is the first time we have booked through Pied Piper, but we would definitely do it again. The benefits are many:

The age-group of the Pied Piper travelers skewed a fair bit older than Steven and me, but I sense that had more to do with the nature of this particular cruise (14 nights in Asia) rather than Pied Piper itself.

I think it’s important to note that not a requirement to be LGBT to book through Pied Piper. Certainly it would help to be LGBT-friendly, but everyone is welcome. (And I’m sure there are people who are happy to book just for the discount -- there’s no obligation to sit with the group or attend any of the special events).

We will most definitely book through Pied Piper again for itineraries that interest us. Every fall they have a river cruise in China that looks amazing, so hopefully sometime in the next few years will we be able to fit that into our schedule. 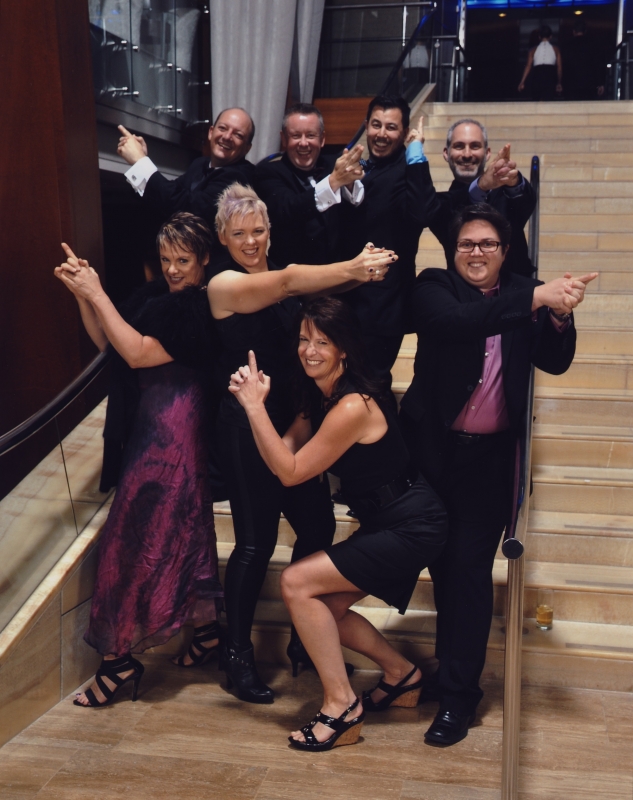