A Tale Of Two Lounges - Istanbul and Munich

Steven and I are back home after a fun 5 nights in Istanbul. Steven will be posting entries in the next few days about the time we actually spent there -- but for now I'm posting about our trip back. As previously mentioned, we were routed on Lufthansa from Istanbul to Munich, and then on Air Canada from Munich to Toronto.

We were excited because departing from Istanbul on a Star Alliance airline meant that we could experience what some have called the best business class airline lounge in the world, which is operated by Turkish Airlines. I've read lots of blog posts about this lounge, so it had a lot of hype to live up to. 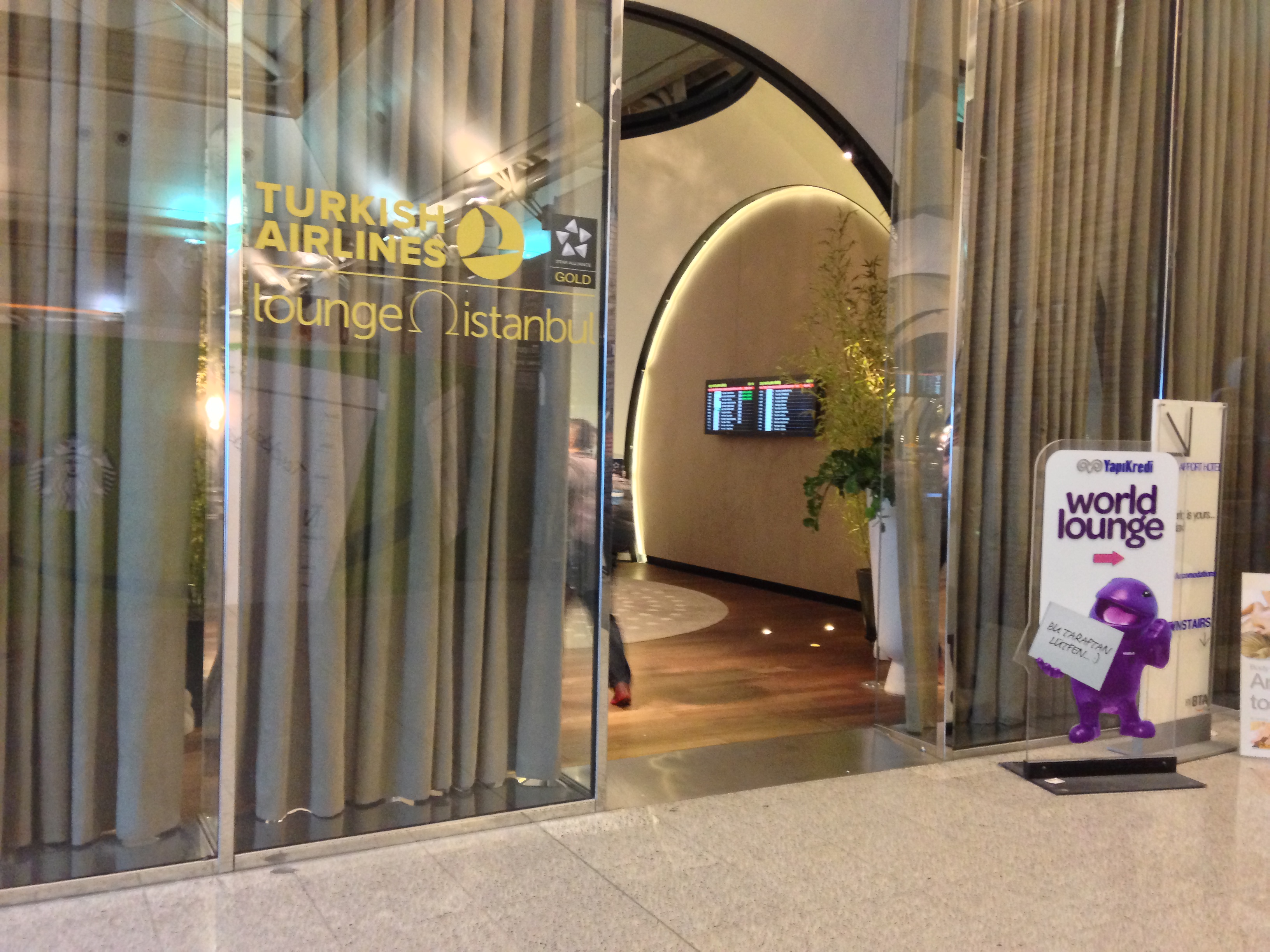 I'm happy to report that it does indeed live up to the hype. I think the pictures below will pretty much speak for themselves. The place really is stunning, and looks unlike any other lounge we have experienced. Since we got there so early in the morning (soon after its 5am opening), we didn't get to experience the lunch and dinner food offerings that come later in the day (apparently the meatballs are to die for). But there was a full omelette station, as well as a section preparing breakfast paninis. There were also various buffet stations with cheeses, yogurts, olives, nuts, breads and other snacky things. 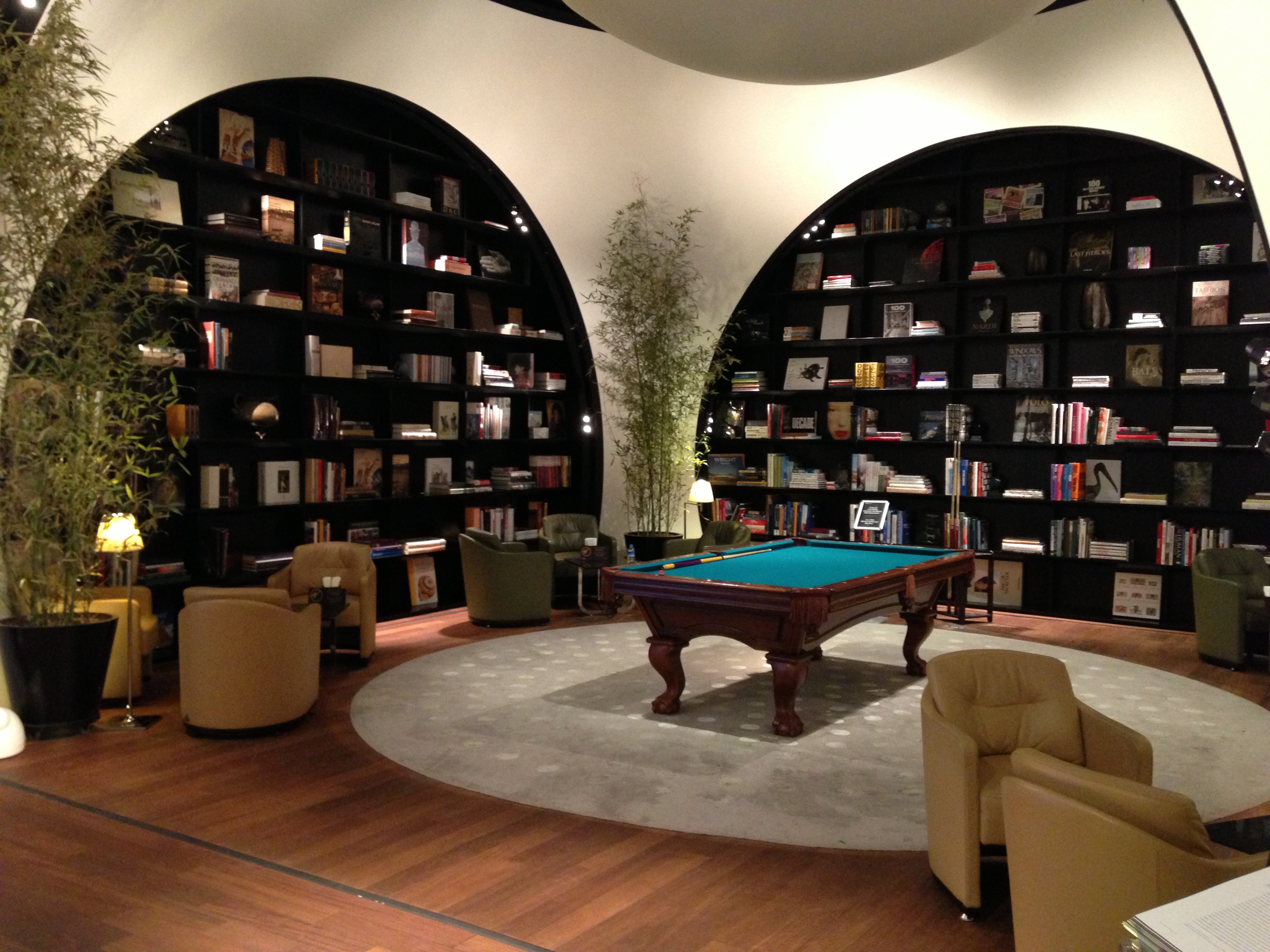 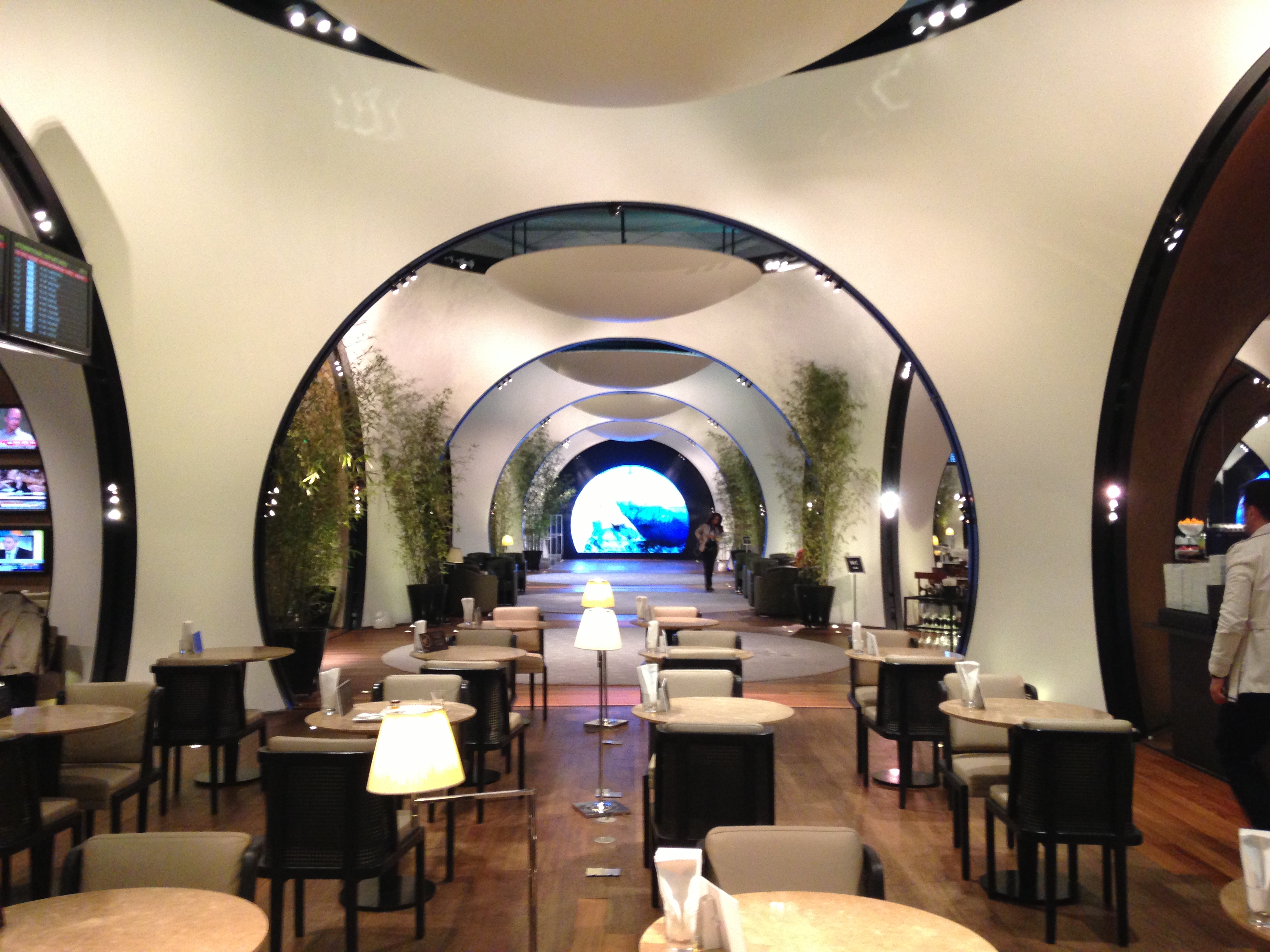 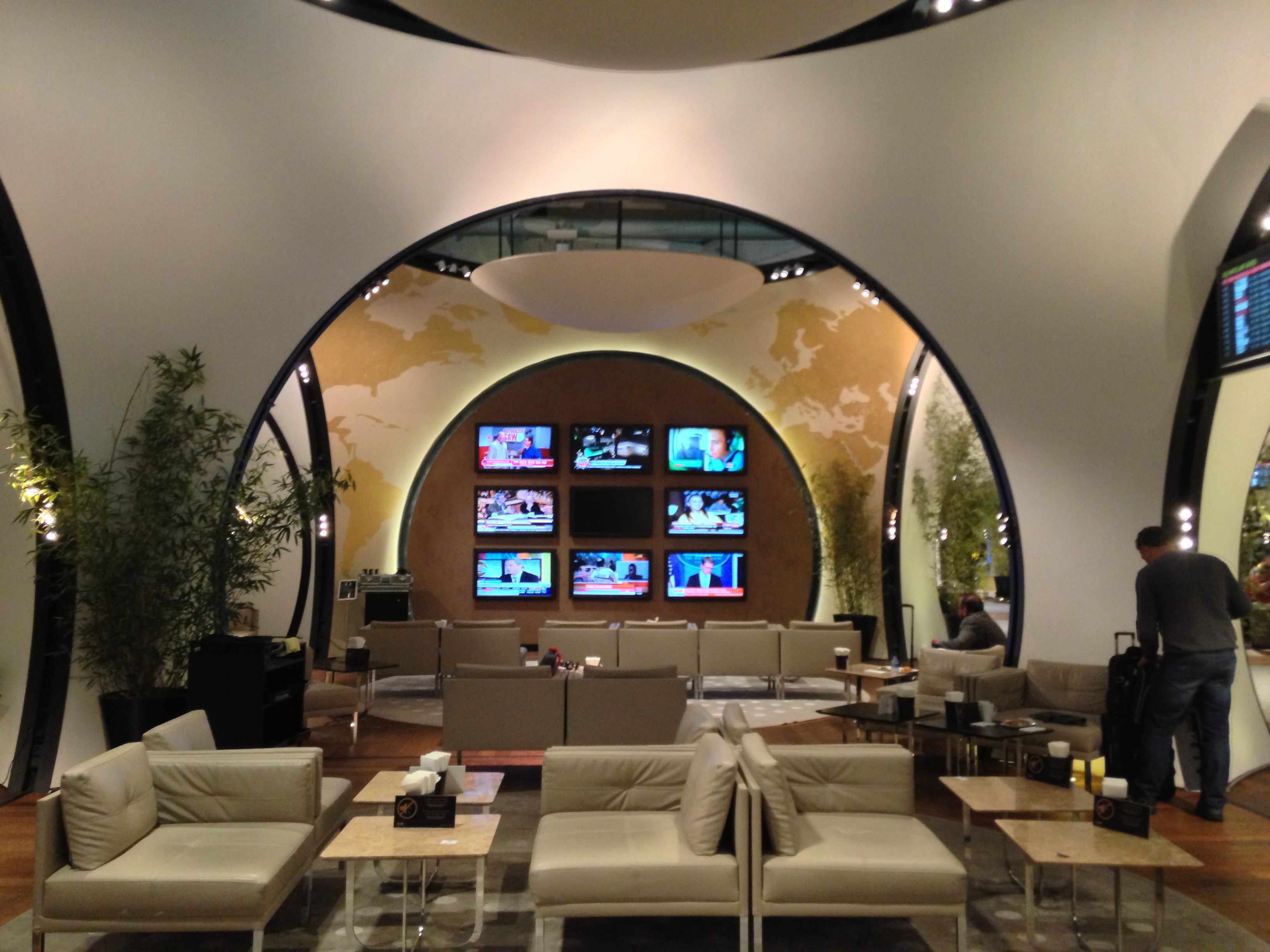 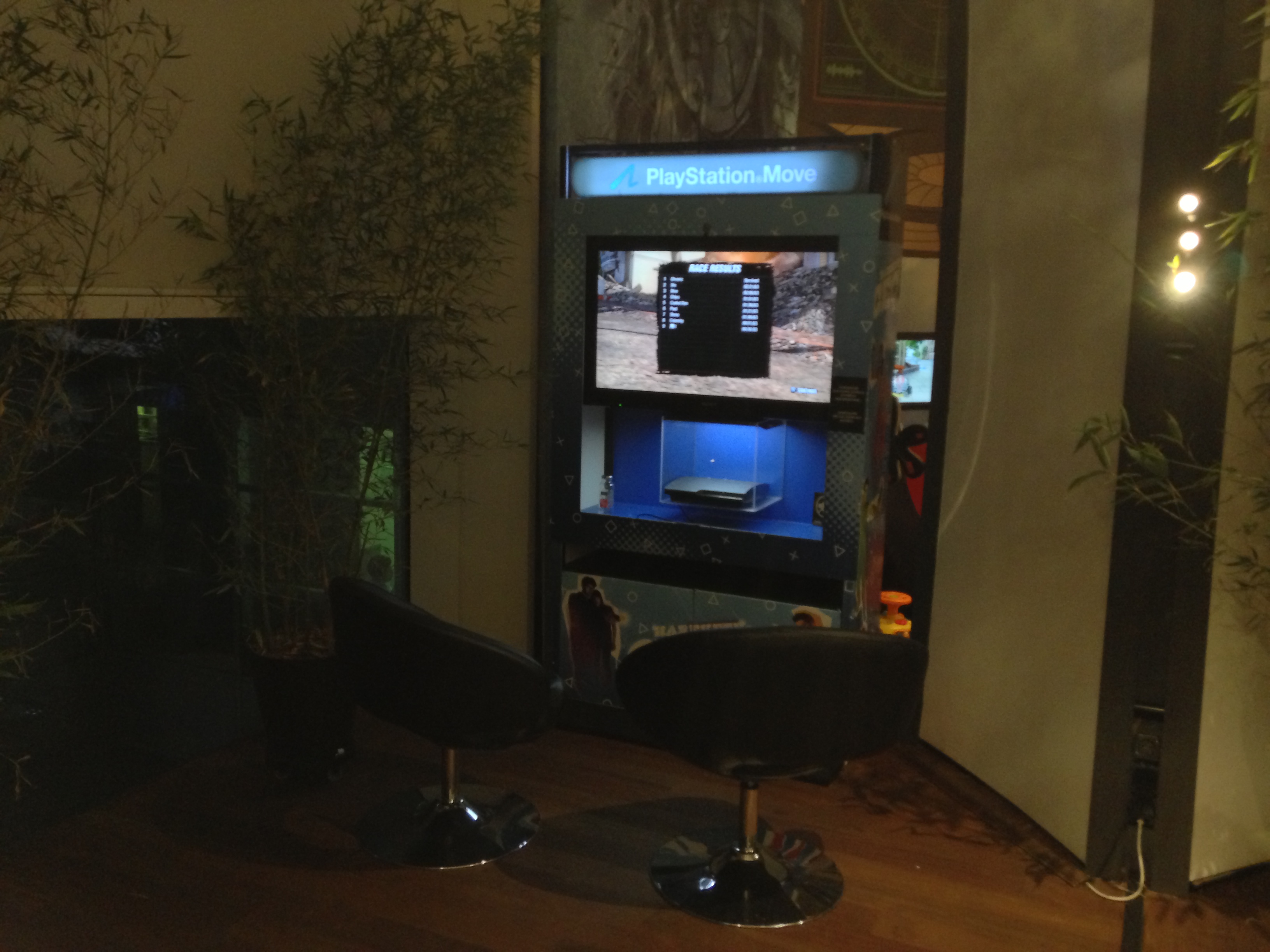 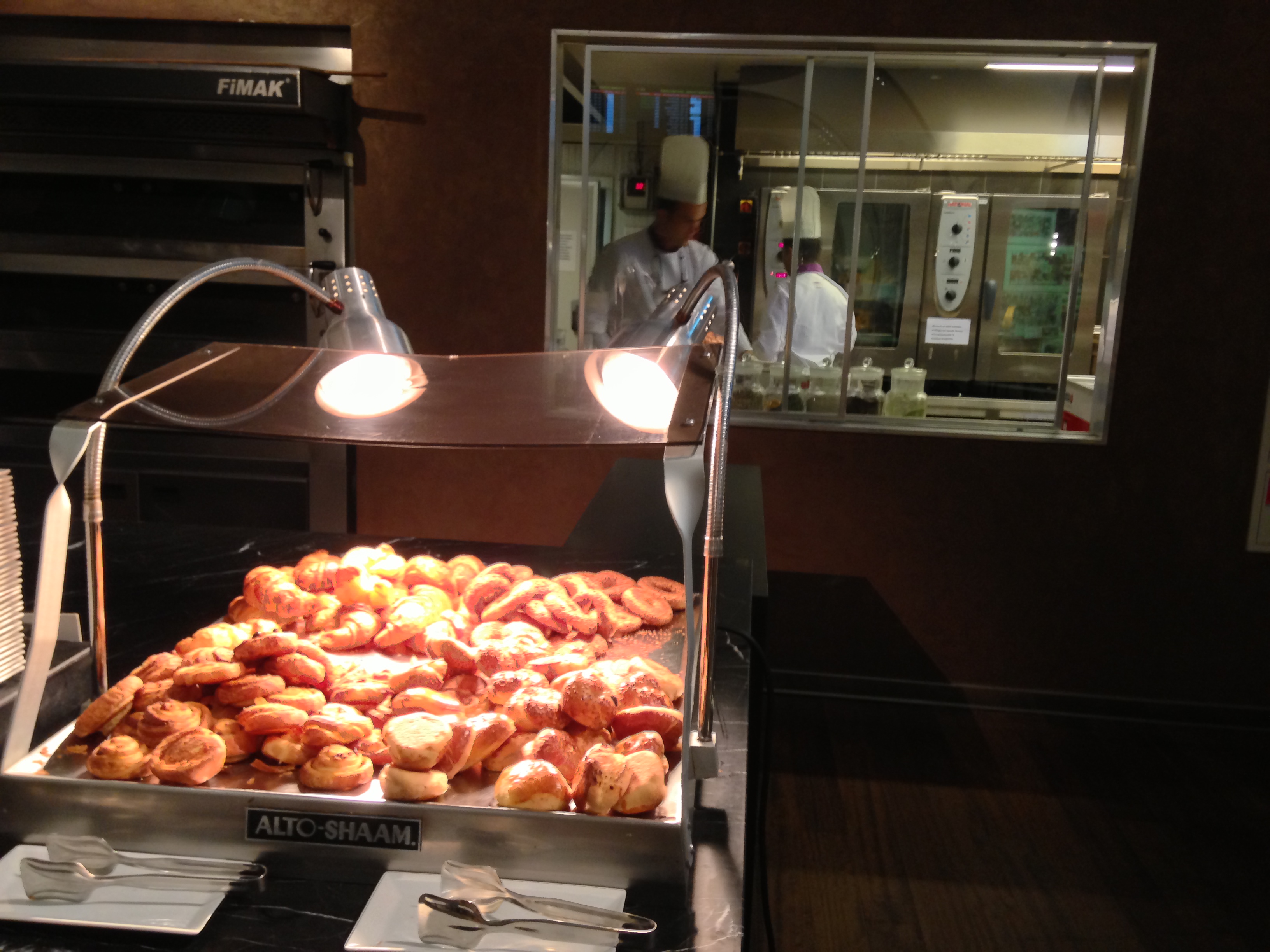 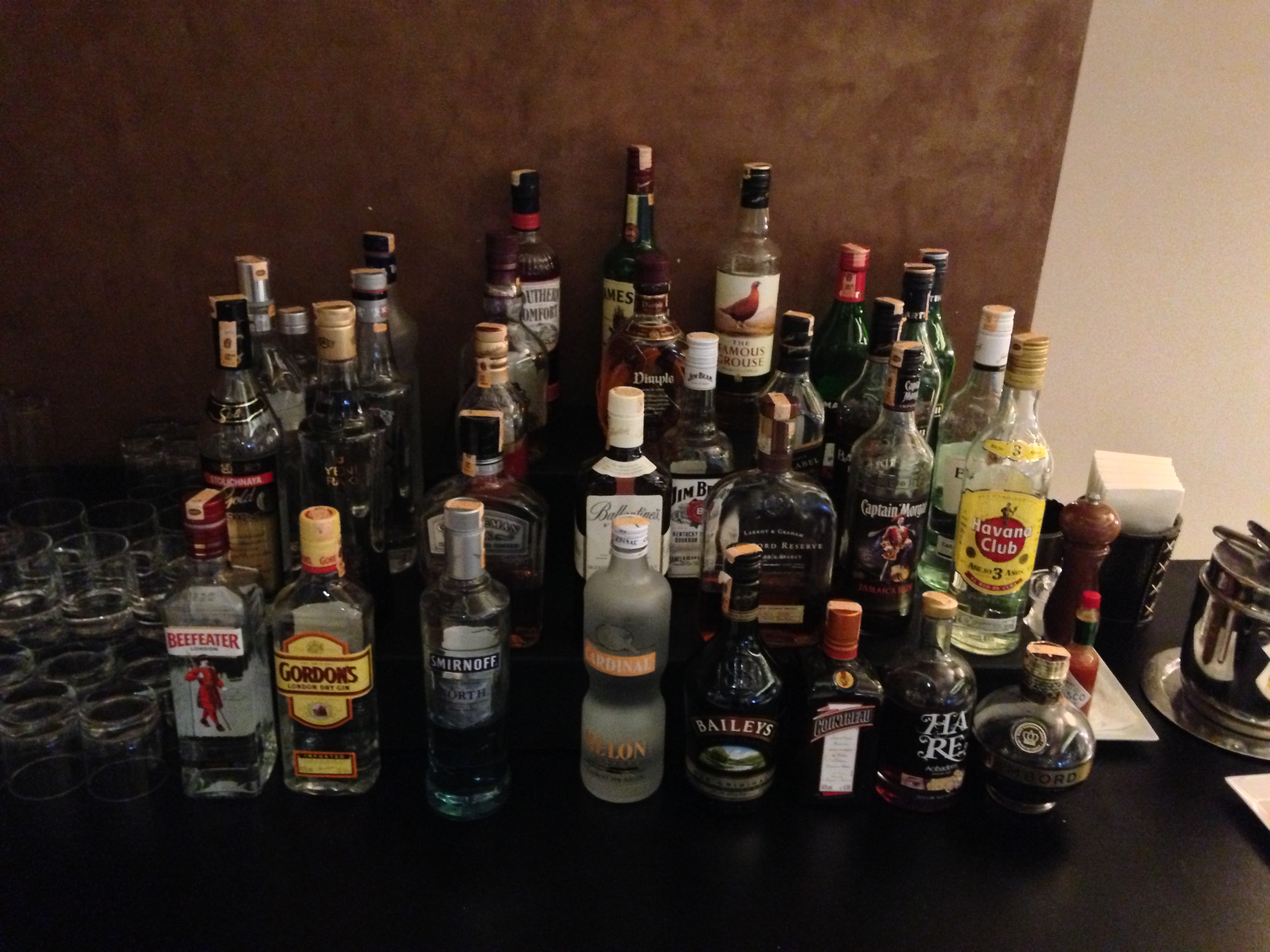 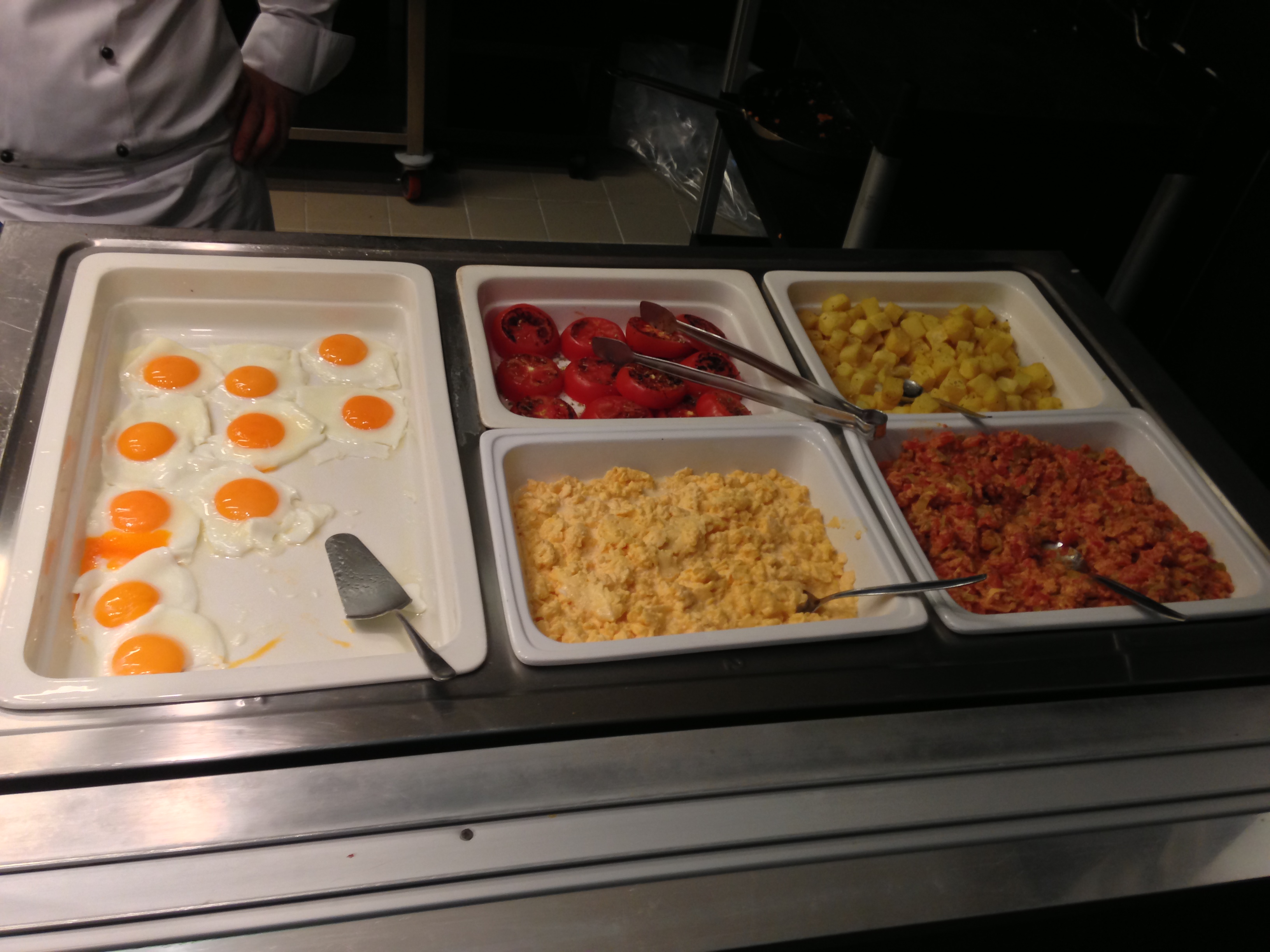 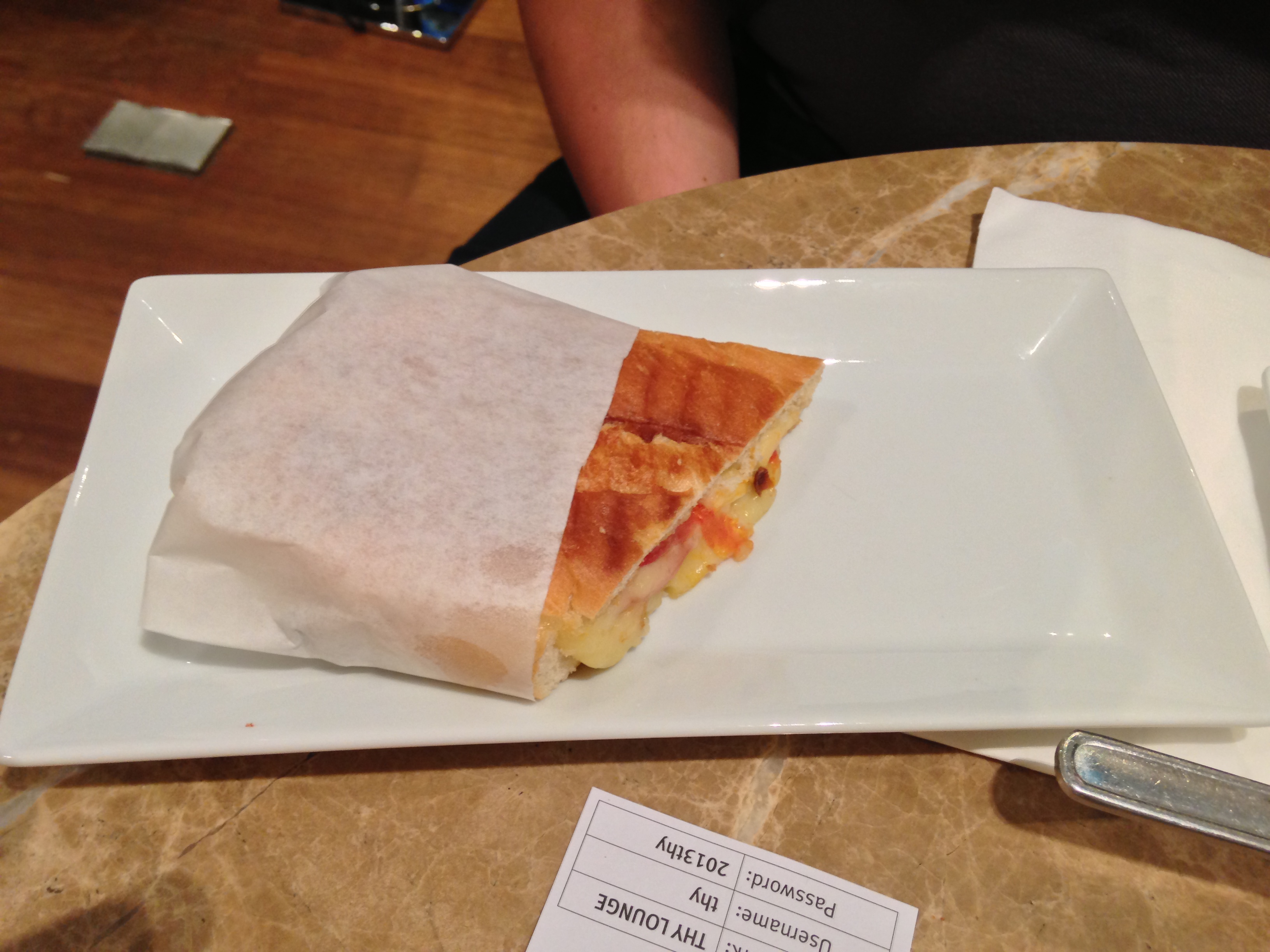 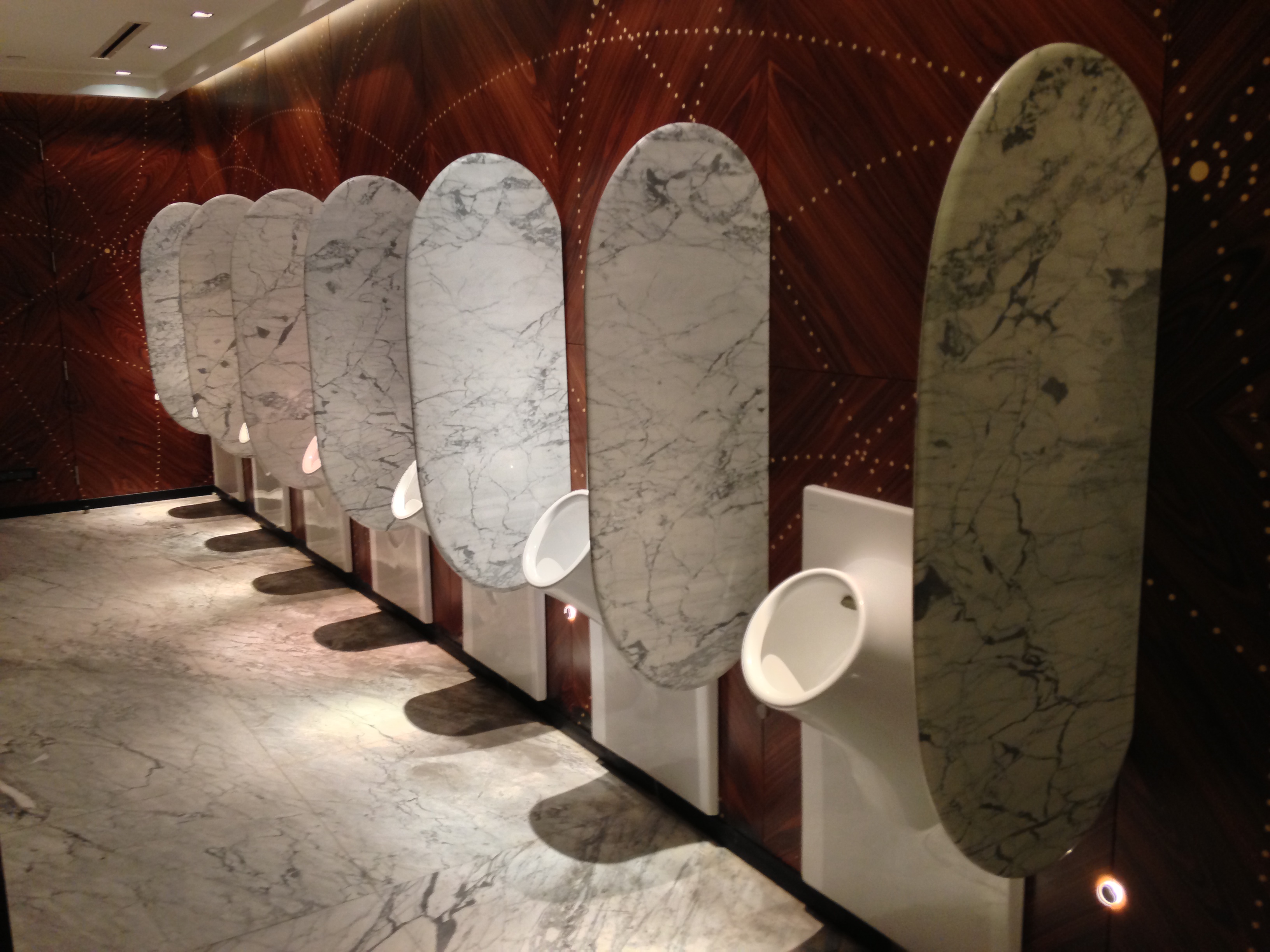 If I must find criticism, it's that I was unable to get an espresso. While there were espresso machines, they were the "manual" ones used by real baristas, and not the automatic "push a button" machine like you would find in most lounges. But there was no attendant to actually work the espresso machine, at least at that early hour. (Perhaps everyone in Turkey knows how to use a manual espresso machine???) They did have a brewed pot of "American coffee", so I had to make do with that for my wake-me-up. 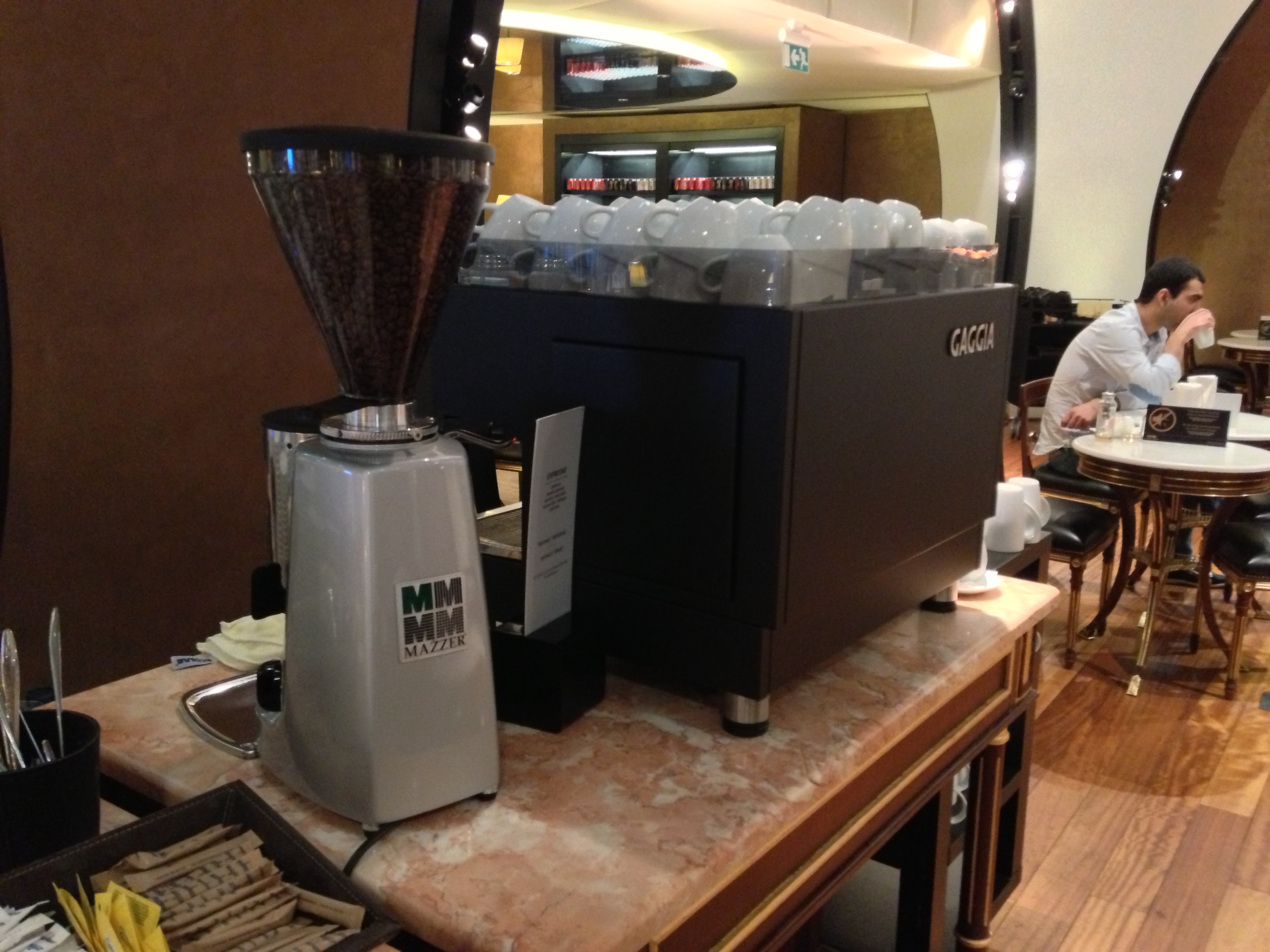 So obviously I can't comment on if this is the BEST lounge in the world, since I haven't been to all of them. Certainly we have been to some better first class lounges, in particular the British Airways lounge in Heathrow. But since this Turkish lounge is a business class lounge that's not a fair comparison. And since we didn't get a chance to sample the lunch or dinner food selection it's hard to say if it can live up to the noodle bar at Cathay's Wing in Hong Kong. But best or not, it's definitely a FANTASTIC lounge, and may be worth flying Turkish Airlines some day just for the layover lounge time.

Speaking of layovers, our second lounge on the way home was the Lufthansa Senator Lounge in the non-Schengen departures area of Munich Airport. Definitely a different feel from the Turkish lounge, but that's most probably due to the different esthetic between the Turks and the Germans. While the Turkish lounge had lots of curves, the Lufthansa lounge had lots of straight lines. 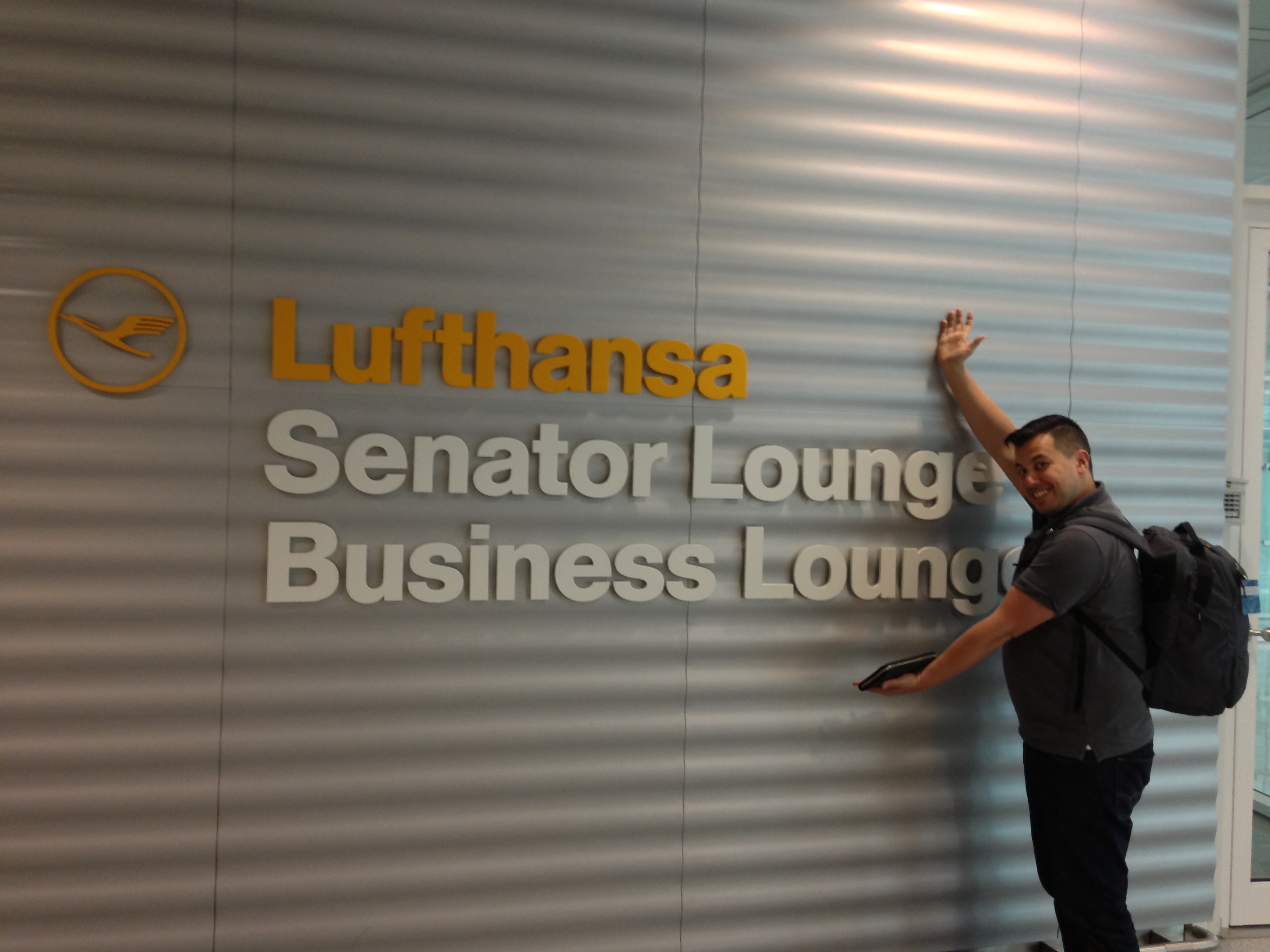 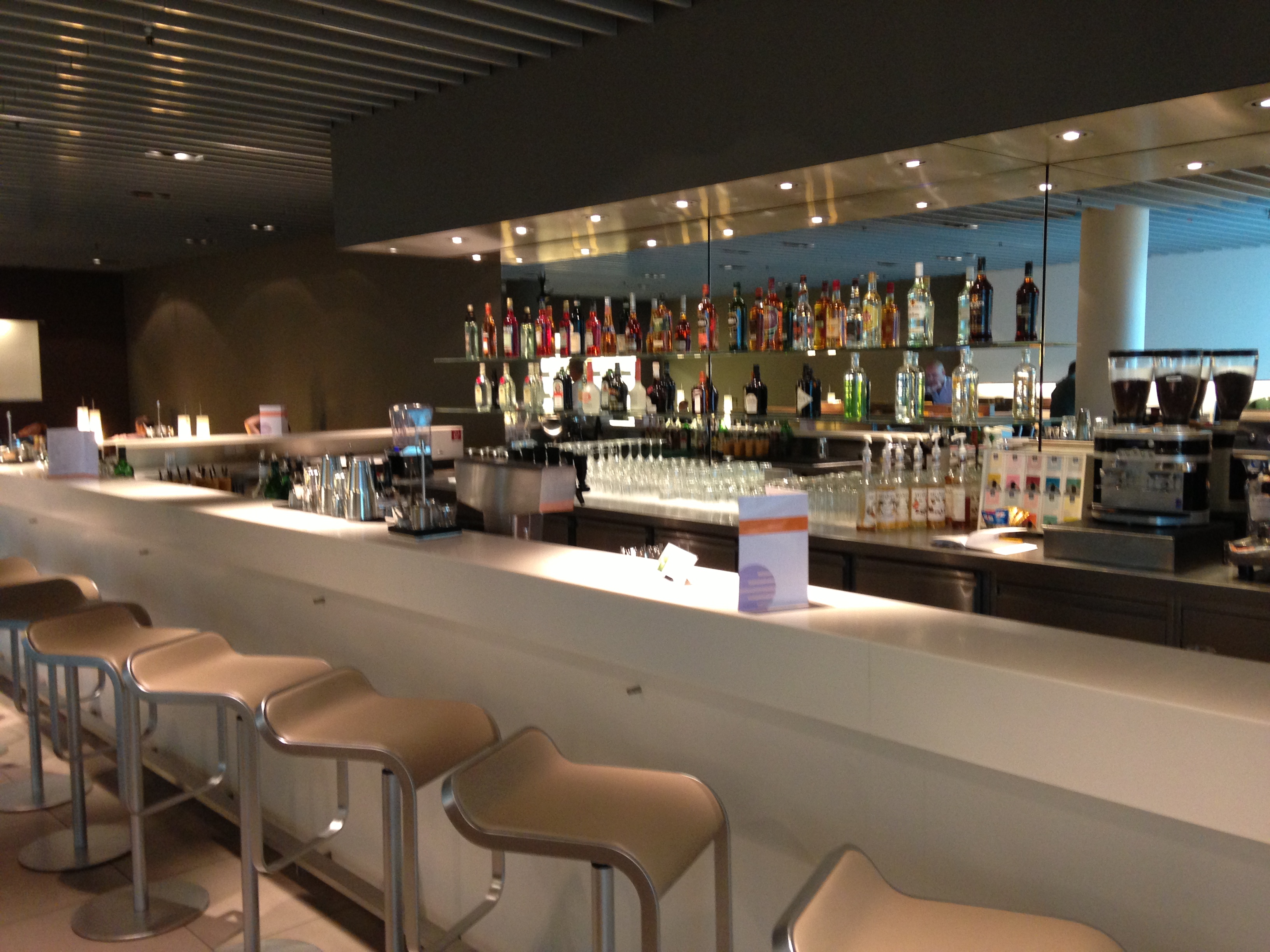 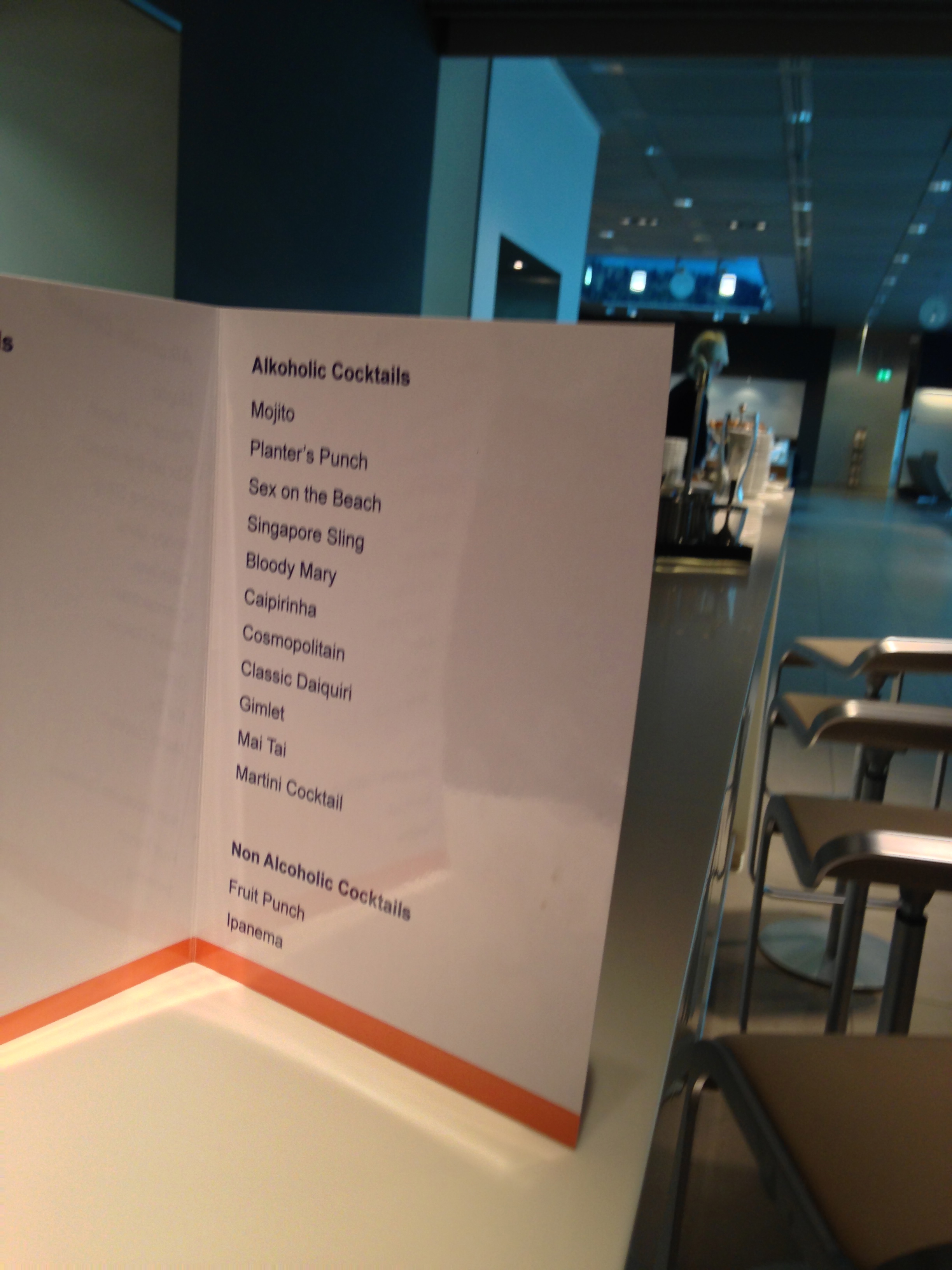 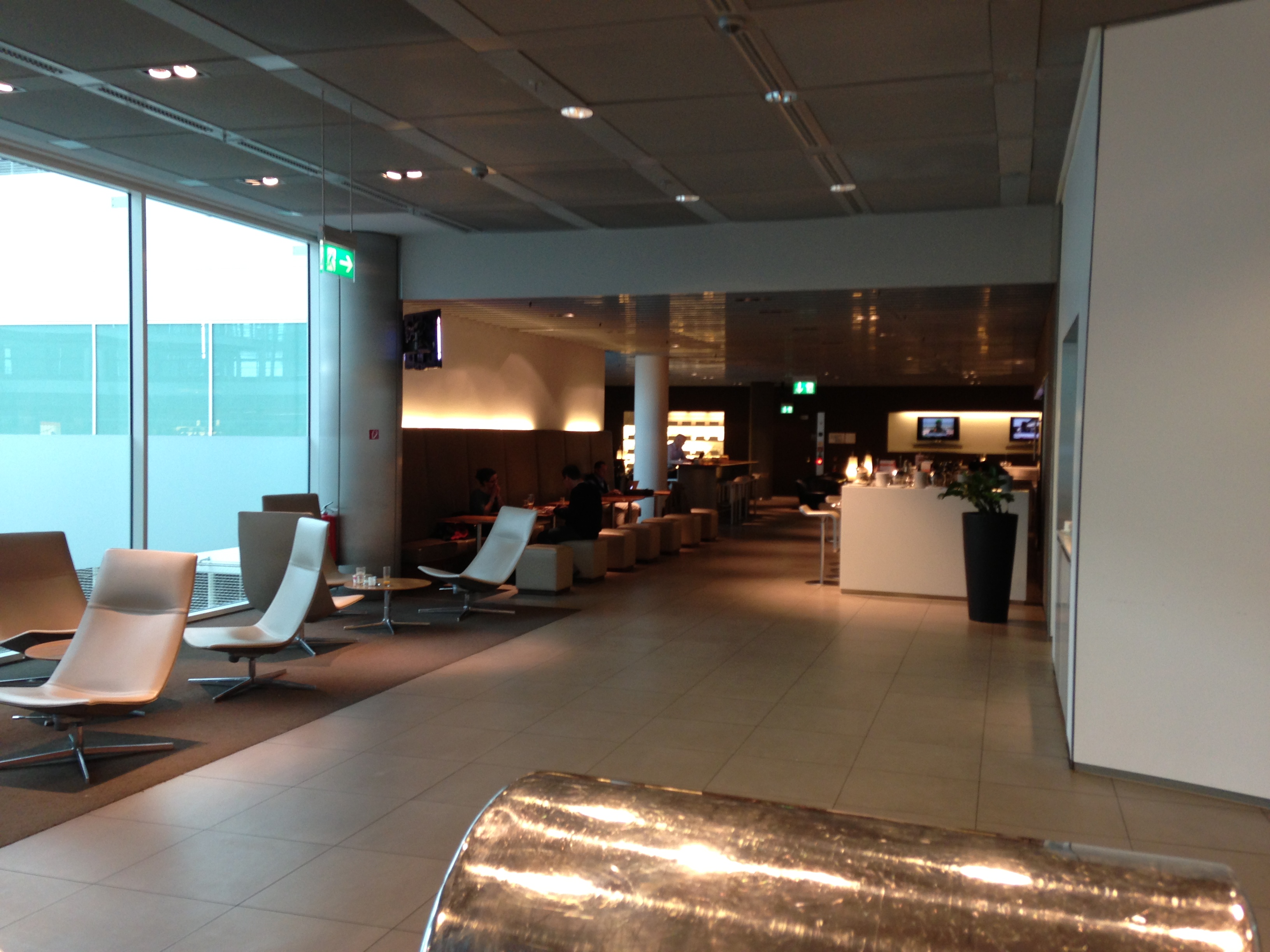 We ended up spending a bit longer in this lounge than we expected because the flight back to Toronto was delayed by a few hours. But that was fine, since there was enough to do to fill our time - mainly showering, sleeping and eating! Now mind you, we did them in the wrong order. First thing we did was shower -- since we didn't shower when we left the hotel in Istanbul because of our early departure (don't worry - we showered the night before - we didn't stink up the flight).

(Click below to see my Vine of the lounge showers)

After the shower, we hit the nap room in the lounge. We were expecting private rooms, but instead there were 4 beds with dividers between them. While it was secluded from the rest of the lounge, it was still pretty noisy. Thankfully my trusty Bose noise canceling headphones saved the day, and I was able to nap for a little over an hour. (As a disclaimer, this shot was staged. After it was taken, I put on my headphones and actually DID fall asleep) 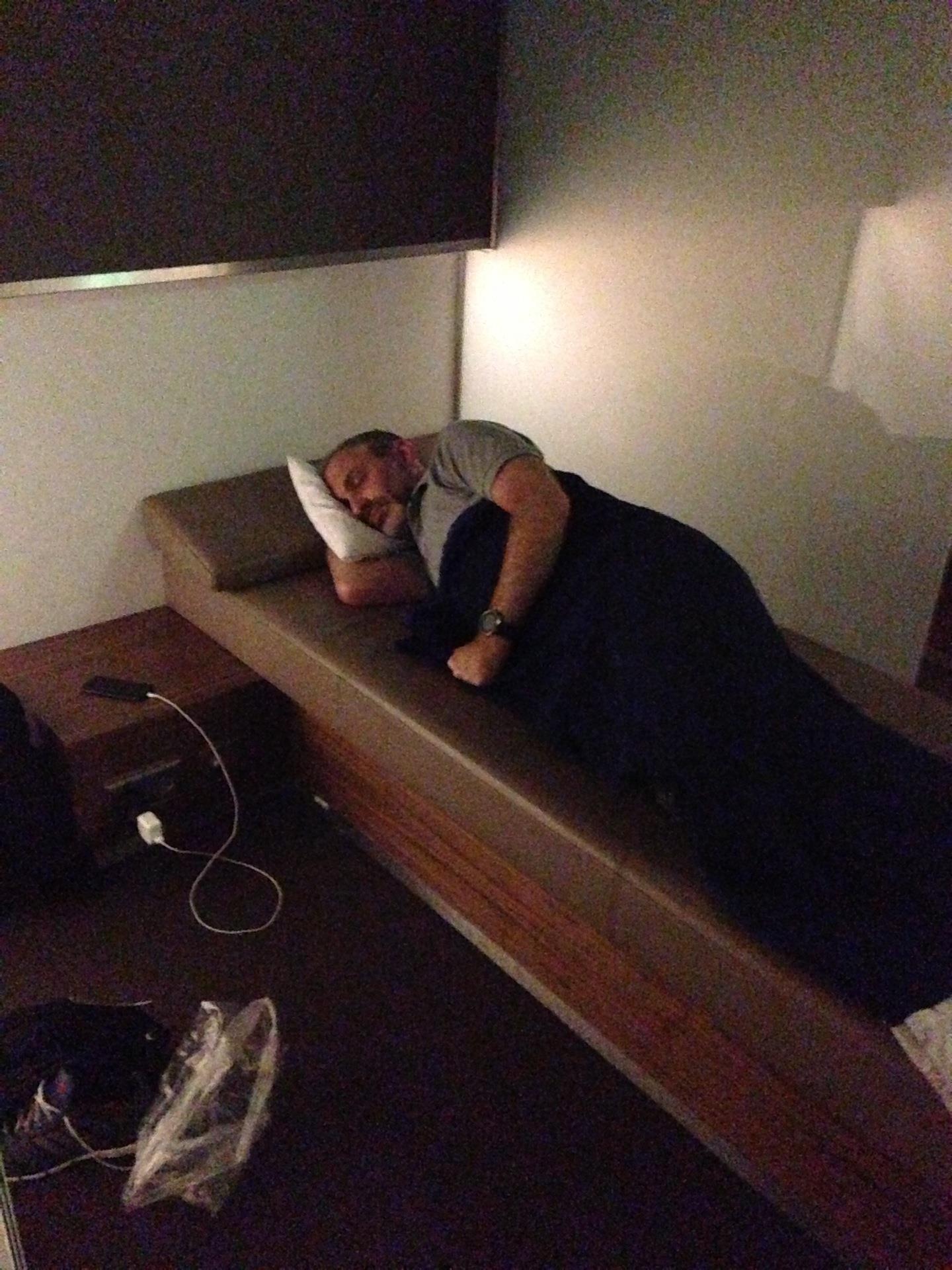 After the nap. it was time for lunch. The Munich-style meat loaf looked pretty scary, but the pasta and meat sauce hit the spot! So did the German-style pretzel! (We are back on our Paleo light-carb diet tomorrow!!). I had a bit too many handfuls of gummy bears and licorice all-sorts, which made me craving a toothbrush for the rest of the trip. 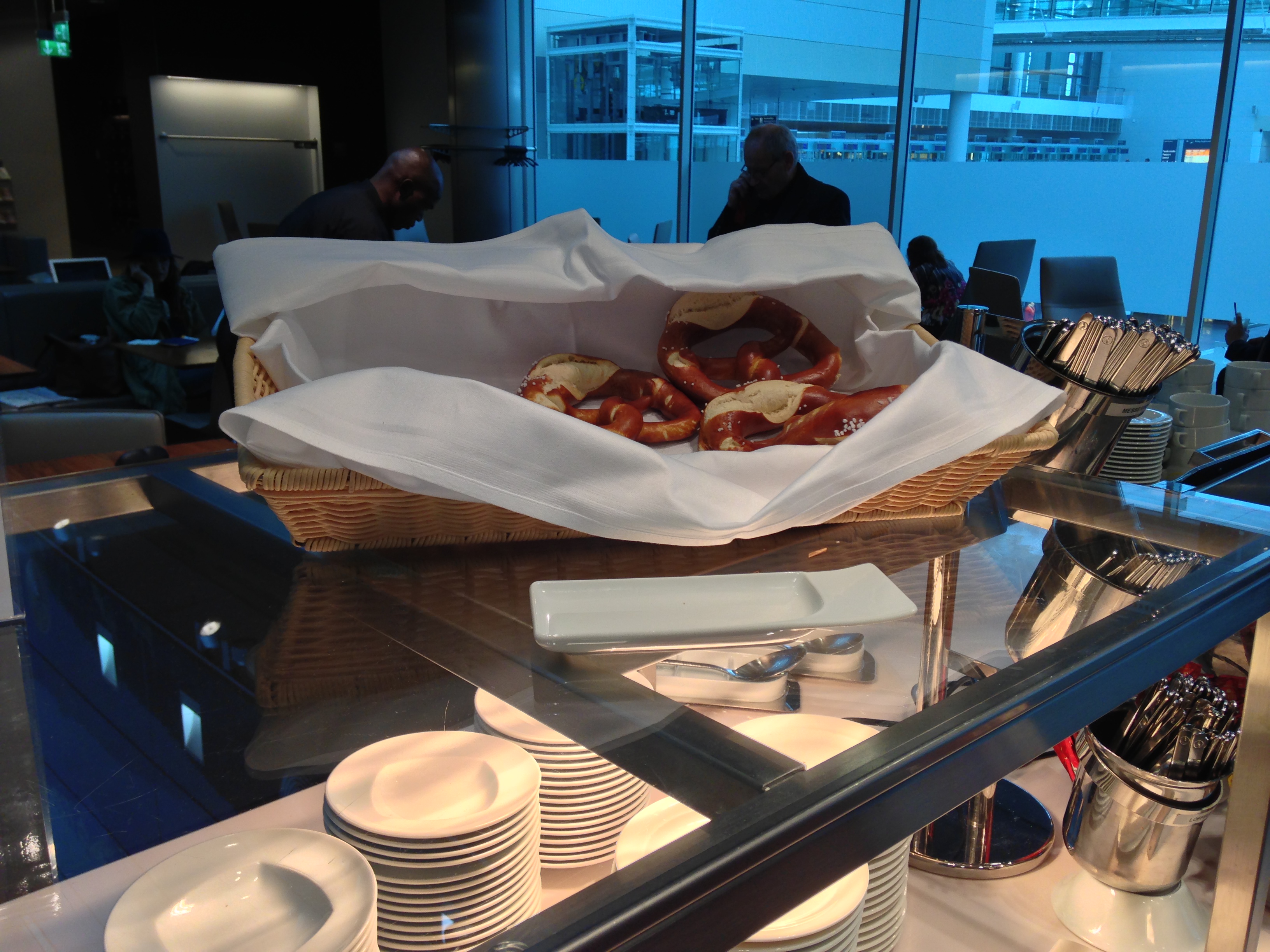 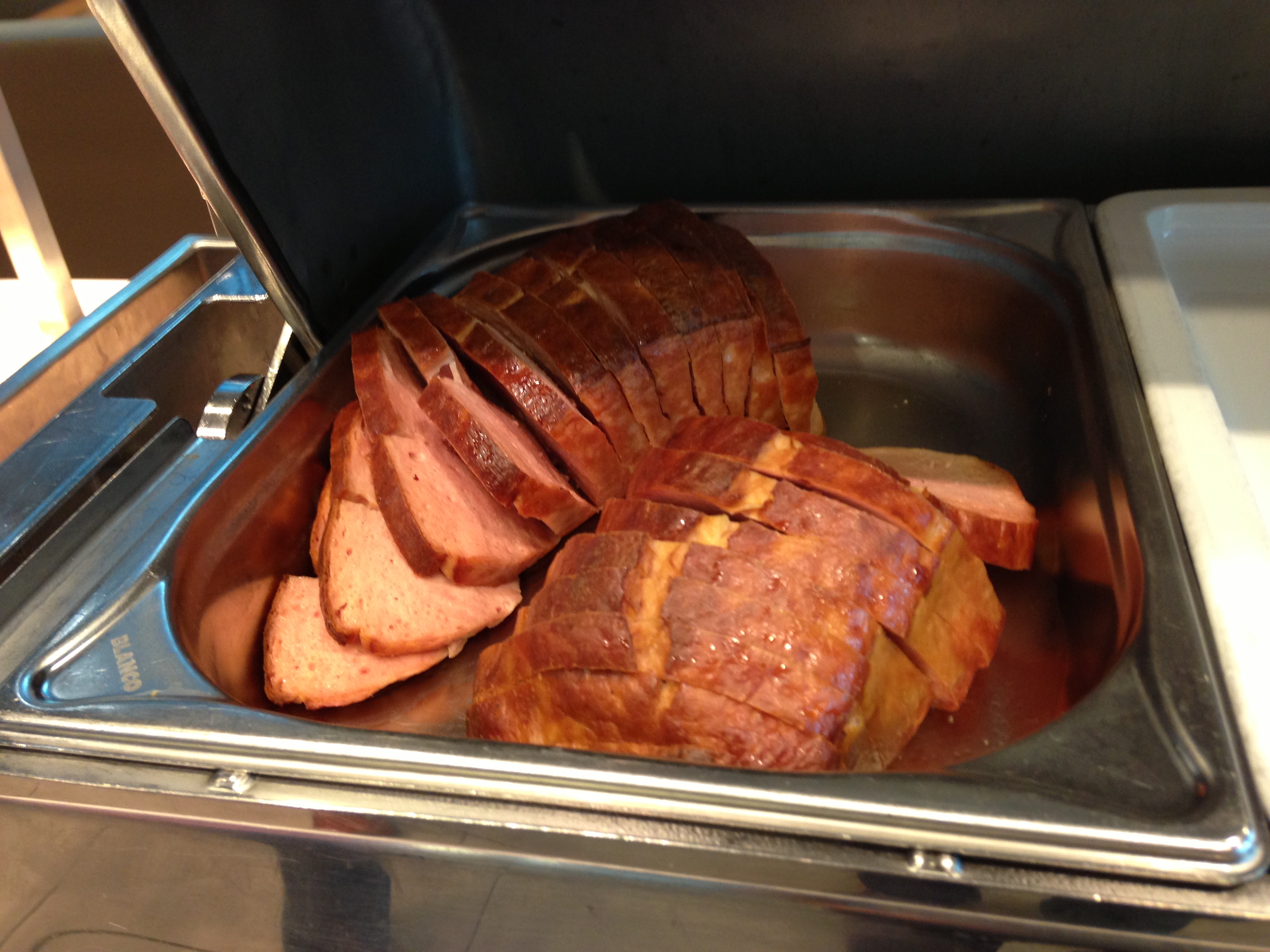 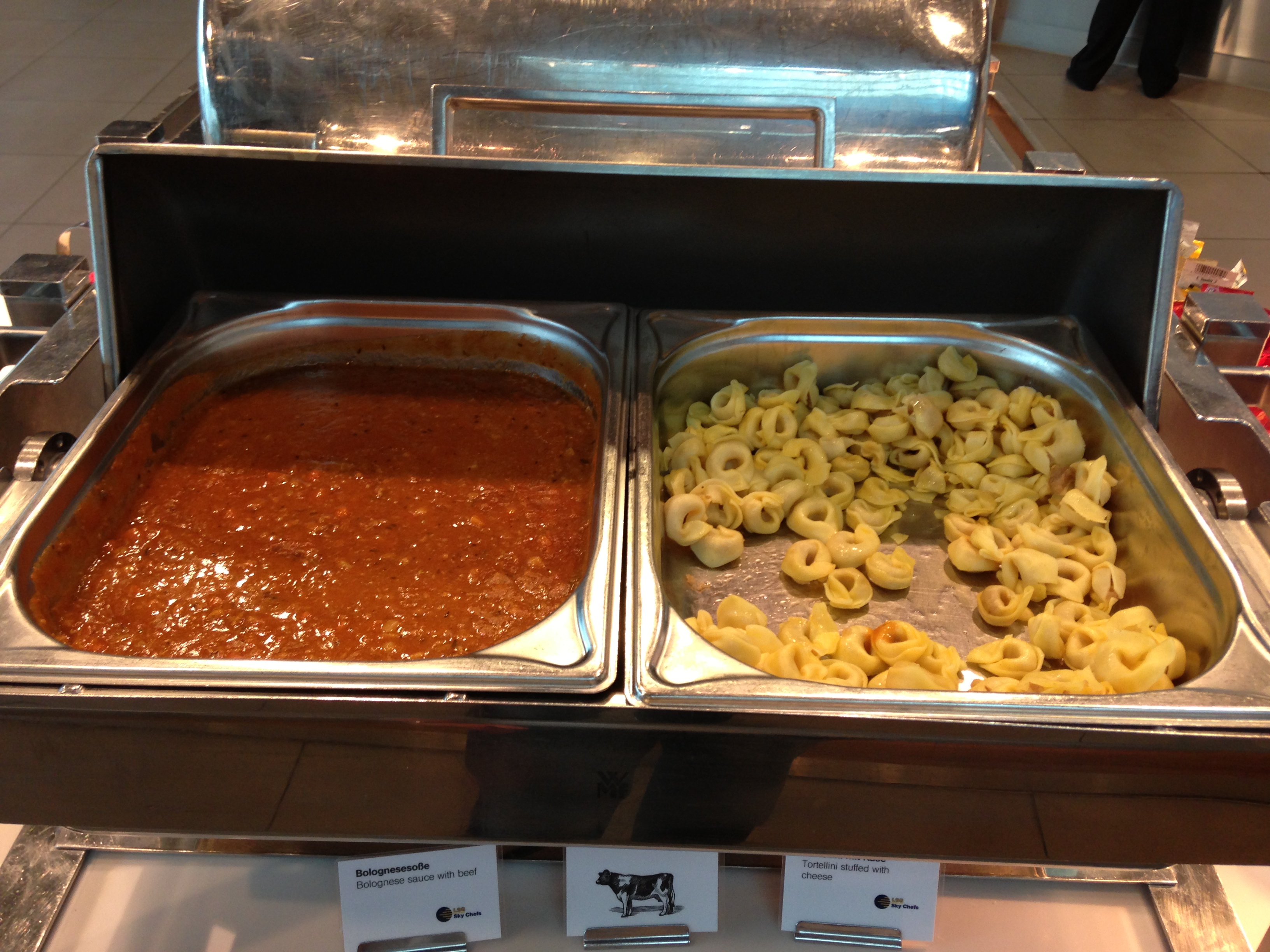 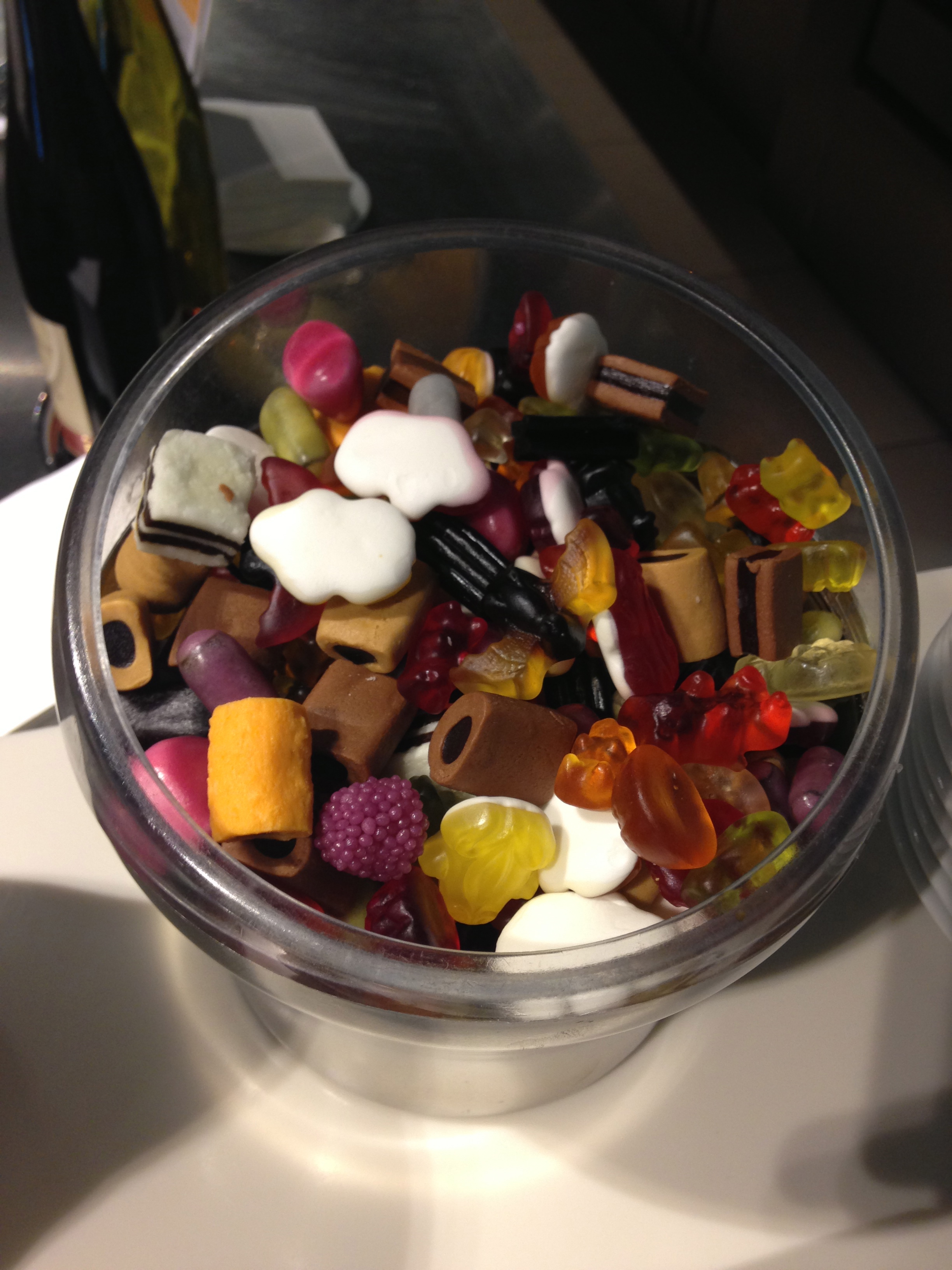 So while the ambiance of the Munich lounge can't live up to Istanbul's, it was extremely functional and totally served its purpose. And for the record, I probably could have eaten that entire bowl of gummies if Steven hadn't pulled me away!