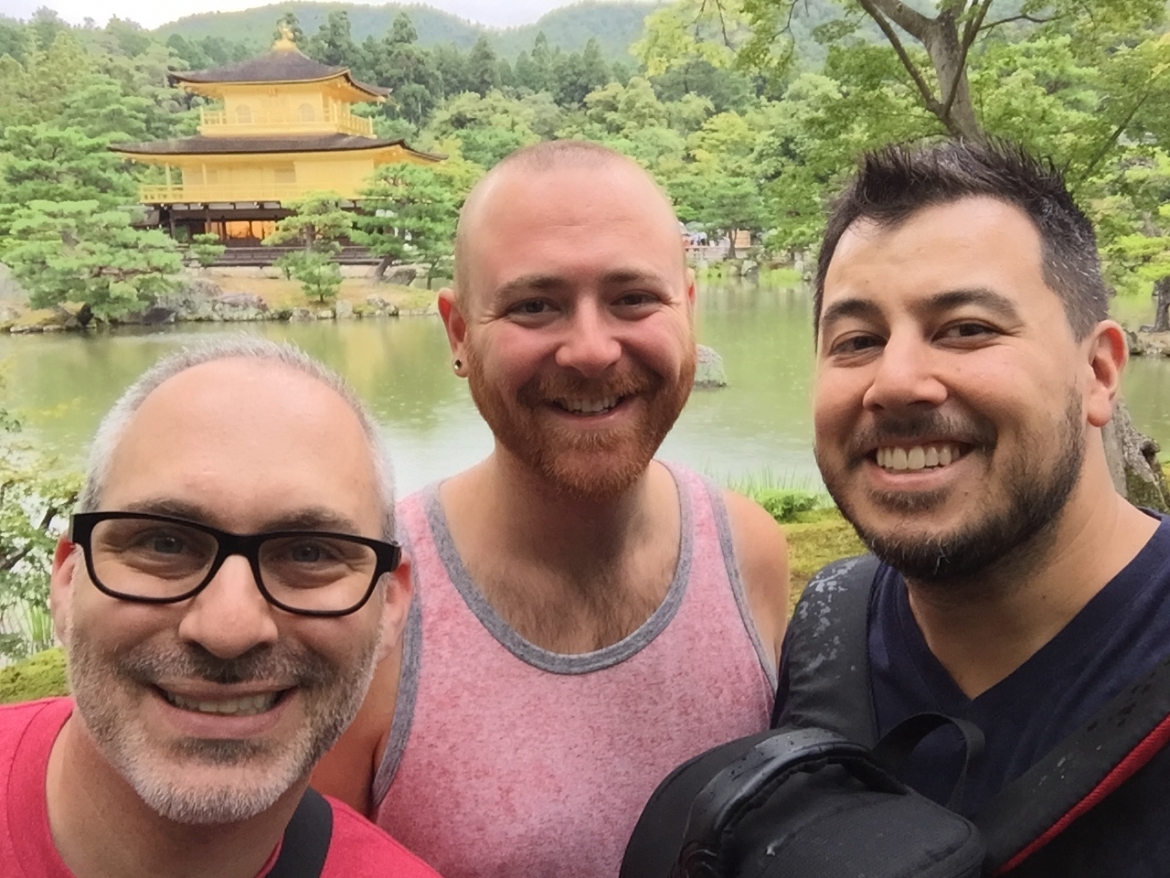 Our Japan Travel Tips and Suggestions

Japan is one of our favourite places on earth. From all the places we have visited we find Japan has the most wonderful, if not quirky, culture. The people will bend over backwards to help you, the cities are clean, everyone is polite and NO TIPPING. Zak visited Japan for the first time in August 2015. Brad and I (Steven) have been numerous times.

I’m going to cover some random thoughts about travel in Japan. There will be more city based tips coming in future blog posts but this will be a variety of thoughts we share about Japan when people ask us about going there.

Yes there is more then one airport in Japan. You don’t have to fly to Narita which is outside of Tokyo. Most international flights do go to Narita, but with some planning you can save some time going to Osaka or Haneda (Tokyo) or any other city that may be your target destination.

To get to Tokyo from Narita, we find it easiest to take the N’EX (Narita Express). It is a 53 minute (this is Japan so it will be exactly 53 minutes) from the airport to Tokyo Station. Depending on where you are staying, it may stop at a more convenient station than Tokyo Station. For getting to the airport we have taken the N’EX and also the Airport Bus which picks you up at various hotels. We definitely prefer the train, but the one time we took the bus it was quicker for us because we were staying at an inconvenient distance from a N’EX station. If you have a JR Rail Pass then the N’EX is included with your pass.

Haneda is the Tokyo city airport. It is on the subway line and much more convenient. More and more flights are flying into Haneda including Air Canada (if you live in Toronto). If you are only doing a quick trip, then Haneda is the airport to aim for since you don’t have to waste time getting to the city and you can simply hop on the subway.

Another tip if you are flying out of Haneda, if your flight is early in the morning, they have a great hotel in the airport called the Haneda Royal Park Hotel. It is bare bones but allows you to be at the airport first thing in the morning simply by walking out of your door. Plus it is cheaper (most likely) than the hotel you would stay at in the city so you may save some Yen.

If your Japan travel plans include Kyoto / Osaka then you may want to skip Tokyo altogether and fly in or out of Osaka. Lots of flights go to Osaka and if you are planning on visiting the area then it may make sense and save you time then having to land in Tokyo then making your way to Osaka. There are two airports in Osaka, KIX is the major international one.

There is no shortage of airports in Japan, it all depends on where you want to go.

We have a great admiration for Japanese airports. They are efficient, lots of shopping and some of them have pretty amazing observation spaces. Nagoya in particular has an amazing outdoor observation deck that gives you great views of the airport. Haneda is another one.

If you are doing any travelling outside of Tokyo and plan to use the Shinkansen (bullet train) then you may want to look at getting a JR Pass. The pass is much cheaper if you buy it BEFORE you arrive into Japan. What may cost you ~$450 for a week of unlimited travel would be a few trips if you bought the ticket in Japan. It is a great benefit to tourists to get this pass. The pass also works on JR trains in Tokyo, JR Trains are normally above ground and sometimes are just as convenient as the Subway. For subway usage you will get a Suica Card that will work for subways, I’ll go into that in a following section. You do not need to get this pass if you are not leaving Tokyo and plan to ride the Shinkansen more than a few times. There are different lengths of time that you can get the pass for.

If you arrive at Narita, you need to take your paper ticket that you pre purchased in North America to the JR Station. There is a JR station in Narita airport and they will provide the pass that you will be using for your stay. If you want to board a JR train in Tokyo, you need to show it as you enter and show it when you leave. You won’t be doing anything automated like tapping a card.

There is a Green Car type ticket that will allow you to select seats in advance in the Green Car or First Class cars on the Shinkansen. We always get the Green Car pass, the fee is about $100, you get bigger seats and you get to reserve when you show up to the station to get your train.

Here is the place we used, it is right at College Park in Toronto. If you can't visit in person they will mail you the ticket, so work that into your planning.

FYI: The Shinkansen (bullet train) is one of my most favourite places to be. And if you love trains, you can visit the train museum in Nagoya.

Man they have a great system. It is a payment system sort of like an Octopus Card in Hong Kong or the Oyster Card in London. If you live in Toronto, don’t even compare it to the Presto card :).

The Suica card can be picked up at train stations or from the a 7-11. It is a refillable card that takes the guessing out of the distance based payments of the Japanese transit system. You tap the card when you enter, you tap the card when you leave. Not only does it work on the JR lines in Tokyo but also the subways in Tokyo AND in other cities in Japan. Each region has its own card but they are the same system for the most part.

The one awesome thing that I love about the Suica is that you can use it for vending machines, taxis, in department stores and many other places. It makes it very easy to get by without having to carry cash or worry if they take your credit card. Amazing.

No bloody tipping. Amazing. Not in taxis, not in restaurants, not if the bellman takes your bags to the room. It is amazing. And what is more amazing that the Japanese make you feel like it is their honour to help you out… so why should you tip?

You don’t have to spend a lot of money on food. After many trips we feel like people expecting food in Japan to be expensive is a fallacy. Or maybe it is just our taste in food. We can get sushi anywhere, and that seems to be more expensive if you want it in Japan. What we enjoy are the food floors in almost every department store (most likely the basement). You can find a wide variety of foods and even some restaurants for a quick bite.

Department stores have more medium priced restaurants on the upper floors. They have a wide variety of restaurants but everyone in your group needs to be wanting the same type of food. Each restaurant normally only serves a variation of it’s specialty: Tonkatsu, Tempura, Omelette, Okonomiyaki, Dessert, etc.. So if you go to a Tempura restaurant most likely they will only serve varieties of Tempura. They normally do have a Western restaurant or two, but don’t expect the Japanese to provide western food that tastes like home. If you want a taste of the West, stick to the fast food locations, there is no shortage of McDonald’s, KFC, Pizza Hut.

So where do we eat? Either we pick up snacks and one of the fabulous bakeries that can be found around Japan, a department store food floor, or one of the more everyday local restaurants or chain restaurants. One of my favourites is Coco Curry for Curry Rice or you can get burgers at Mos Burger or a bowl at Yoshinoya. 7/11 is always a good place to get some food and their packaged fresh food is delicious. The turnover is high and all the food is pretty fresh everyday. Try a breaded pork sandwich or rice patty.

If you are looking for high end, there is definitely no shortage either. Japan has food for everyone at all different price points. Tokyo also has a wide variety of theme restaurants that are incredibly fun to check out.

The one thing that you need to know about taxis, other than they are very competent and if you have a fetish for white lace you will love them, is the door. The door is connected to a crank and for safety the drive will check his mirrors to make sure no objects are in the way and he will open the door for you. We are programmed in the West to open the door ourselves, but they will get irritated if you open or close the door yourselves.

There is no shortage of shopping. From the discount store of GU which is to Uniqlo what Old Navy is to Gap. Need underwear, socks, or a replacement T-shirt for the one you sweated through earlier? Go to Uniqlo. They are everywhere.

If you want to spend a little more cash, or a lot, there are luxury brands on every corner. There is no shortage of LV or Gucci. Japanese love their brands and there are no fakes in Japan.

This article is in the categories: Travel, Tips.