Luggage tracking is here! With our new Trakdot.

After the Great Luggage Loss of Janurary 2013, we were very quick to order the Trakdot luggage tracking devices when it was announced in the winter. After placing our order on March 3, five and a half months later, we have the devices in hand.

Upon opening the box the device is a lot smaller than I expected. Definitely a good thing. In every picture it looks large the box felt heavy but it is light and small. 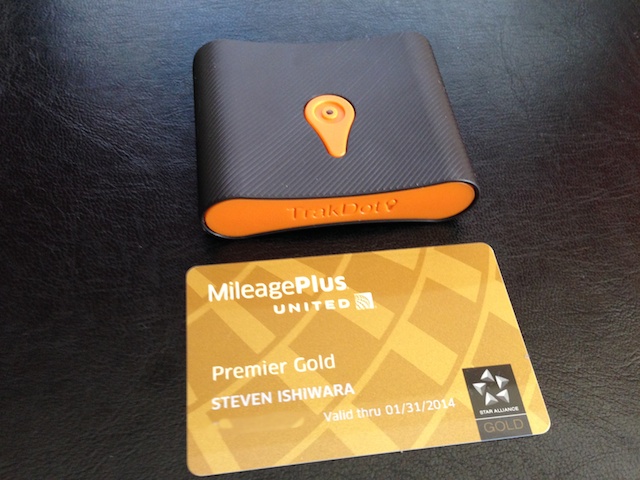 There is a quick start guide that walks you through the installation of the batteries. When I opened the device to install them, I noticed the sticker that says "Warranty Void if Damaged" was already ripped. I'm assuming that is because they had to install the SIM card. I sent them an email to make sure, I checked one of the other new ones I received (we ordered three) and it was ripped too, so I'm hoping that my warranty isn't actually voided. 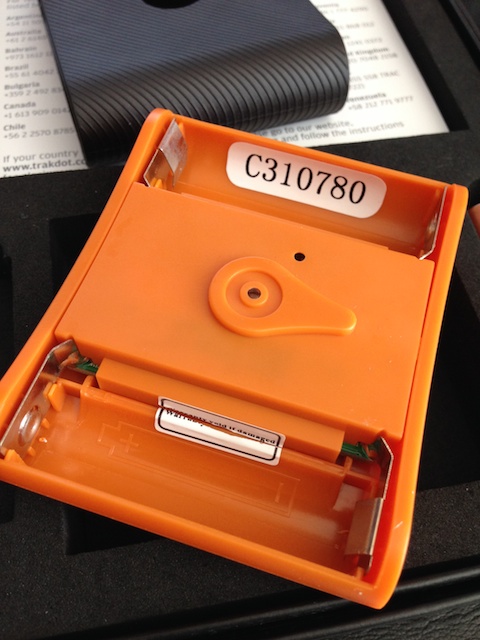 Setting up the devices requires you to either download the App or visiting their web site to register. There is a ID number on the box and on the inside that you register with. You have to step through a checkout process, but because we prepaid the activation fee ($8.99) and the annual fee ($12.99), I checked out with a $0 balance. Once the device is connected to your account you can add mobile numbers to receive text messages and also emails to receive email notifications.

Walking through the instructions seemed simple but the lights didn't flash as they said it should for setup. My suspicion is that the device is already activated so a couple of the steps could be skipped. Press the button and it flashes green to turn on and red to turn off. At any time you press it and it flashes green, then you know it is on and ready to track. They advise you to turn it off as to not waste battery power when you aren't using it. Also, it will send you a text message when the battery level gets low and it will flash red if you are running out of juice. And then you get a text message... 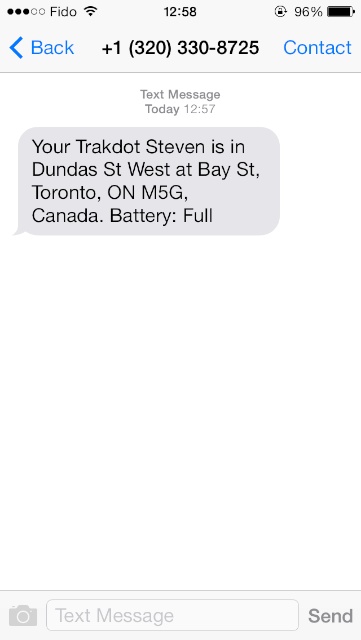 After installing the app on my iPhone and turning on Bluetooth, the app asked if I wanted to pair my Trackdot to my phone. Of course I did! It took two seconds and the Far / Near screen pops up. When your device is on, it will alert you when it is getting close. Perfect, now I can push all the weary travellers out of the way so I can time my bag drop onto the carousel perfectly. 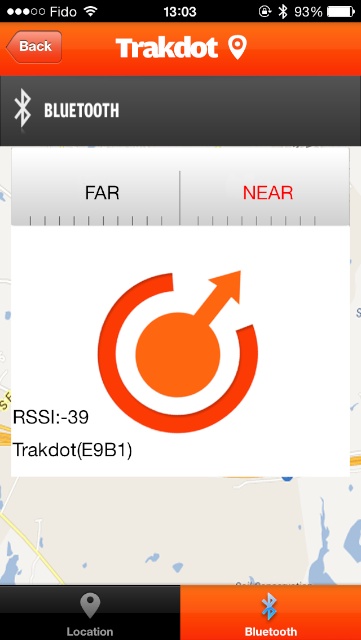 The second step in the app allows you to log into your account that you just created and track your device in what looks like an in-app browser that essentially takes you to the Trakdot site for tracking. I'm a little disappointed the app isn't fully iOS native, but maybe future versions?

Fifth Step: Get My Ass on a Plane

With London coming up in about 3 weeks I'm excited to use this new device. I have a layover at IAD so I'll definitely be having some fun tracking my bag as it moves from my plane that will haul me to London.

How does it work?

Each device has it's own SIM card that is registered with a worldwide GSM network, hence the $12.99 annual fee. Sadly, it won't work in Japan or South Korea… but I'll survive. I have high expectations that Japan is so perfect it would never lose my bag anyway.

I think the neatest feature is that it has an accelerometer built in that detects the sustained acceleration of the plane as it takes off. So when it started moving, the cellular system turns off to complain with the "No electronics during takeoff and landing" rule!

When landing the thing turns back on and it sends a text message or email to your registered devices letting you know your bag has landed. Hopefully you are on that plane too!

While you are at the baggage carousel you can turn on the bluetooth function, which is handy if you don't have data in the country you landed in, and the indicator lets you know if the bag is far, or near… and your phone will start vibrating when the bag gets close.

So with London around the corner, I'll be putting this nifty device to the test. Zak, Brad and myself are all traveling to the UK so we'll all be testing it out for accuracy and just for plain old WOW factor as we watch our bag travel through the bowels of whatever airport we are in.

For more information you can check out www.trakdot.com.